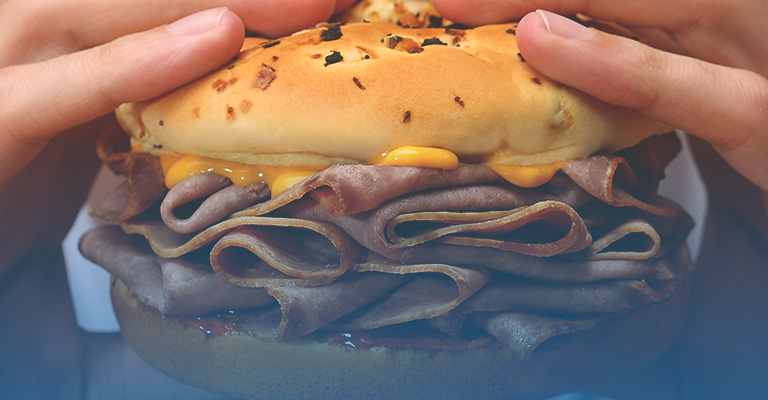 Arby's®, which changed the perception of traditional fast food thanks to its original menus creating difference with its hidden flavors, joined TAB Gıda in August 2010 and started serving with TAB Gıda assurance in Turkey.

Arby's®, which has tripled the number of restaurants in just 6 months thanks to TAB Gida's experience in the industry, deemed worthy of the "Fastest Growing Country" award by Global Arby's®.

The beef, which Arby's® uses while serving roast sandwiches, wraps, salads and delicious curly fries, which are unique in both taste and appearance and are incomparable in the world, are cooked slowly in the oven for 4 hours and then sliced fresh at the time of order.

Arby's®, which currently gives service under the roof of TAB Food quality assurance in Turkey with more than 80 restaurants, is the only address for those looking for delicious and unique foods with its innovative menus. Arby's® was selected as “The Most Recommended Hamburger Chain Restaurant" of 2012 according to MediaCat Net Recommendation Score Research results in 2012, and in 2013 it was again given the "Fastest Growing Number of Restaurants" award by Arby's® Global.